AlphaBay is yet again the biggest marketplace on the dark web after the exit of Versus Market. In 2017, the FBI described this market as the biggest darknet platform to ever exist. Well, it is back and is now ruling the streets. Now, talking about AlphaBay, one customary name comes to mind, Alexander Cazes. Alexander together with DeSnake and a few other anonymous individuals were the original creators of AlphaBay. Cazes personally played a major role in the management and he was in fact one of the main administrators.

When AlphaBay was busted by the authorities in 2017, Alexander wasn’t lucky enough. Even though most of the operators of the market remained unknown, Cazes was identified and the authorities came for him. But that’s not all, shortly after his arrest, word spread that Cazes allegedly committed suicide while in prison. His friends, family and fellow AlphaBay admins refuted the suicide claims and said that the authorities had a hand in his death. But one thing remains; The dark web maestro was no more.

At the time of the operation, Hansa market was also closed alongside AlphaBay. The two were arguably the biggest markets in the scene by then. AlphaBay alone boasted over 200,000 customers and more than 40,000 vendors. So AlphaBay’s takedown was also the largest takedown for a dark web marketplace ever. The website had over 100,000 listings for sale when the authorities took it down.

It’s undeniable that the Silk Road has a special place in darknet history. Silk Road was the pioneer of the game and all dark web platforms and operators should pay homage to mother darknet. Just like in any field there are legends, on this side of the web, Silk Road is the one.

Silk Road was operated by one Ross Ulbricht. Ross was taken to the US and jailed for life after the market’s take down by the authorities. The American born dark web operator is arguably one of the smartest brains to ever operate on the dark web.

Ross single handedly started the game which today incorporates millions of people. He had a lot in mind. But unfortunately the authorities caught up with him before he could achieve his dreams. Otherwise the game would have been something today. He was the pioneer, and so he knew what he meant by a dark web marketplace. That’s not to say that the game isn’t in safe hands, but Rose would have taken it to a whole new level.

Now, at the time of its closure, Silk Road had about 14,000 listings. AlphaBay had around 1000,000. AlphaBay made $1 billion in sales before it was shut down. The shutdown was a joint operation of the FBI, the Drug Enforcement Agency, Dutch police and Europol.

So in as much as Silk Road is a respected legend, AlphaBay just outsmarted it. AlphaBay was just big! Even the FBI’s operatives acknowledged this. “I believe that because of this operation, the American people are safer from the threat of identity fraud and malware, and safer from deadly drugs,” attorney general Jeff Sessions said at a press conference. He called the bust one of the “most important criminal cases” of the century.

It’s almost four years since the unthinkable happened. AlphaBay was seized, and its administrator(Alexander Cazes) died in prison. So the Thai authorities have resolved to auction the properties that were owned by the dark web chief. And if the information we have is anything to go by, then Cazes lived life on the first lane. Cazes knew how to eat life with a big spoon and the guy was without doubt richer than you can think of it.

According to the authorities, over 12,000,000$ of assets of the original AlphaBay market administrator are being auctioned in Thailand. The assets include some of the world’s top rides, palatial homes, fat bank accounts, among other properties. Cazes left behind a Lamborghini car worth 1,300,000$ , a Porsche worth 290,000$ , three houses valued at 8,900,000$ and eight bank accounts carrying 1,300,000$. So if you didn’t understand what eating life with a big spoon means, then I hope now you have a glimpse.

The Lamborghini you see in the above picture for example, is a top ride with unique and outright features. With a V-12 engine and an exotic interior, the Lamborghini is truly a hyper car. The Lambo’s 12-cylinder mill knows how to swill fuel like a frat bro chugs a beer. Its scissor doors, wide and low proportions, and heavily vented bodywork double as a theater on wheels that’s perpetually playing the Fast and Furious movies. Folks, Alexander lived a stupidly expensive lifestyle.

If you thought that was all, then wait for it. In his various crypto wallets, Alexander had over  911 Bitcoins. By the current market standards, 911 Bitcoins is valued at 28,000,000$. These were seized during the operation and were sent to the FBI. The Thai authorities have reportedly written to the US government to return the Bitcoin as they want to auction them together with the other properties.

Alexandra was arrested on July 5, 2017. Less than a week later, he was found dead in his jail cell, on July 12, 2017. As we said already, there are various controversies with regards to his death and it’s just difficult whose narrative to believe. The authorities reported that Alexander committed suicide. This is contrary to what his relatives and close associates believe. They claim he was murdered by the authorities. He(Alexander) only knows what transpired.

Now, while the FBI and DOJ celebrated AlphaBay’s takedown as a bigger milestone, little did they know it was just short-lived. Remember, during the takedown, the authorities weren’t lucky enough to apprehend most of the operators of the market. Apart from Alexander, all other managers and operators remained unidentified. So barely four years after the operation, AlphaBay came back bigger and better.

New AlphaBay was relaunched in August 2021. The admin is the notorious DeSnake, who together with Alexander and a few other people operated  the original AlphaBay. And believe it or not, the new AlphaBay has quickly risen to the top spot.

AlphaBay is also now one of the markets which boast the most experienced management ever in the scene. They’ve been in this game for a very long time, and they understand the ins and outs. Infact their administrator, DeSnake is the de facto leader of the dark web. Surviving the operation which he did in 2017 isn’t a mean feat. So respect where it’s due.

After his return to the game, DeSnake had an interview with the WIRED and he promised to rebuild AlphaBay’s reputation. He said the authorities made AlphaBay look bad, something he didn’t like. Apart from building their market’s reputation, he’s back to pay revenge for his friend Alexander who died under unclear circumstances while in a police cell.

Here are DeSnake’s own words during his interview with WIRED. “The biggest reason I am returning is to make the AlphaBay name be remembered as more than the marketplace which got busted and the founder made out to have committed suicide,”  Just like many in the dark web fraternity, DeSnake believes his friend, Cazes was murdered in prison.

He further writes. “AlphaBay’s name was put in bad light after the raids. I am here to make amends to that”

He argues that he had given his friend Alexander the best security tips, but he decided to go his way. “I had given [Cazes] many ‘holy grails’ of anonymity, but he chose to use only certain things while he branded other methods/ways as ‘overkill,’” DeSnake writes. “In this game there is no overkill.”

How DeSnake Survived The Crackdown And Cazes Aprehended

DeSnake credits his ongoing freedom to an operational security regimen that borders on the extreme. He says that he has employed an extreme security system that helps him evade any security check. DeSnake told WIRED that his work computers run an “amnesiac” operating system. This system can only be compared to the security-focused Tails distribution of Linux, designed to store no data. He claims, in fact, not to store any incriminating information on hard drives or USB drives at all. Whether encrypted or not, he doesn’t keep any incriminating data.

He however failed to state further how he pulls this incredible and apparent magic trick. Also, he prepared a USB-based “kill switch” device. This is designed to wipe his computers’ memory and shut them off in seconds if they ever leave his control.

And just in case someone grabs his computer, while he’s logged onto AlphaBay, DeSnake says he keeps it off any time he’s away. Even when he’s taking a bath, he doesn’t get with his safety and security.

“Biggest issue in that regard is the human needs … I would say that is the biggest inconvenience,” DeSnake says. “You make sacrifices. Though once you get used to it, it becomes second nature.”

The authorities seized laptops of Cazes and Ross Ulbricht and truly there were traces of dark web operations. For DeSnake, even if his machines were to be inspected, they can’t implicate him. He keeps everything clear and leaves no traces after his operations.

Far from the technical and operational security, a simple geographic location may also implicate one very easily. According to DeSnake, he’s located in a non-extradition country, beyond the reach of US law enforcement. He told WIREd about having stayed in the USSR and speaks Russian. 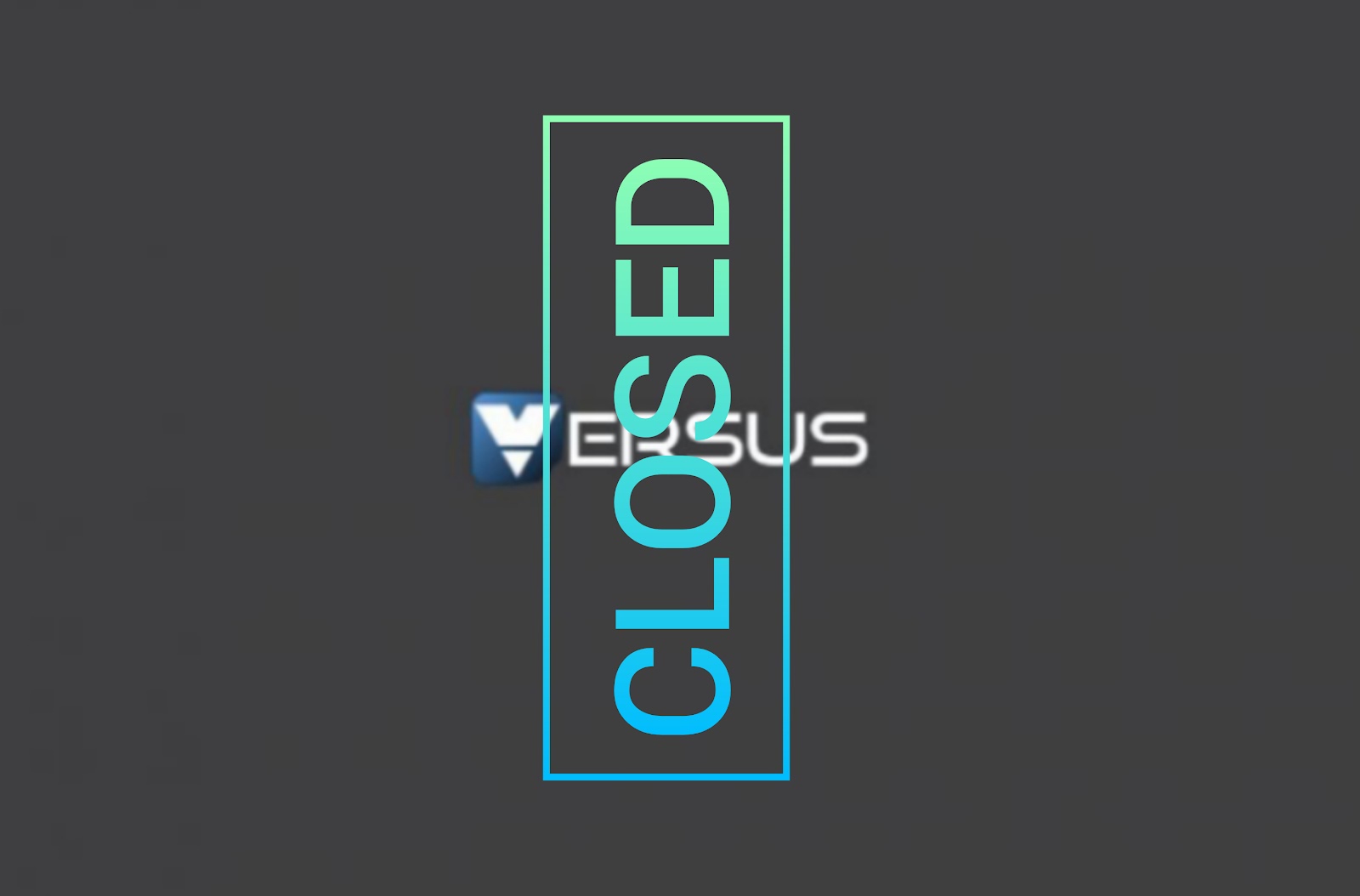 Once again, AlphaBay is the biggest darknet marketplace following the closure of Versus Market. There’s a lot to celebrate and a lot to worry about. AlphaBay is on security radar and anything can happen anytime.

Versus Market was shut down after an alleged hacking incident. The market might have been hit so hard that it had no other option, but to close. At first, the management took the market down and enabled an ‘only invite’ mode. It’s DeSnake who spilled the beans and quickly people learnt that all wasn’t well. A week later, the management released a PGP signed message announcing the closure of the market. Misunderstandings within the management is one of the issues that might have led to the closure of Versus. Vendors are yet to receive their funds. The administrators announced they’ll release a link to help vendors get their money soon and not after the 90 days.

At the time of closure, Versus was allegedly the biggest darknet marketplace. It had garnered a very huge user base and product listings. Even though the market has ended its operations, it really tried to remain in the game. Most darknet platforms usually close after only two years. Versus tried to be active for over three years, so even though it’s gone, the management tried. It’s actually one of the longest running markets in the game.

So let’s wait and see what’s next for Versus. Whether they’ll come back again or whatever type of stunt they plan to pull. The game is always unpredictable and such is it’s nature. We honestly can’t say a thing about Versus’ future life. Maybe it is dead forever. But let us, wait and see. It’s a matter of time.