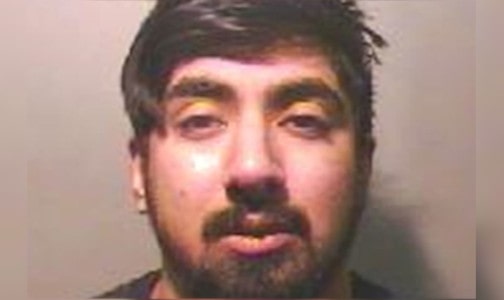 A jury found a Watford man guilty of trying to purchase grenades from an undercover FBI agent on the darkweb.

Mohammed Humza, 29, of Watford failed to appear for his trial and was found guilty in absence of attempting to purchase explosives on the now-defunct Alphabay darkweb market. According to information revealed in court, Humza had purchased two hand grenades as well as Semtex from an undercover FBI agent on the market.

During the plea hearing on October 8, 2020, the jury was told that in 2016, the undercover officer received a message from the user “mh.nn243” asking: “What’s the best price you can do for 2 grenades with postage to the UK?” The officer replied: “We offer good price, very popular that type of grenade. $125 each.”

“mh.nn243” reportedly bargained down to $115 by promising to buy two more after a week. “mh.nn243” then went offline for a while and reinitiated the trade in early August of that year.

On August 6, “mh.nn243” deposited the payment into the market’s escrow. He then gave his home address at Fuller Road Watford, but under his neighbor’s name as the delivery address.

On August 10, the undercover agent reportedly told “mh.nn243” that he had run out of stock and canceled the trade. After receiving the refund, “mh.nn243” asked the undercover officer if he had Semtex with a fuse detonator.

The agent replied and told “mh.nn243” that Semtex with a fuse detonator would not be a problem. “mh.nn243” said he would place an order after finding a new drop address.

Hamza was arrested on November 11, 2016. A search at Hamza’s Watford residence resulted in the seizure of a MacBook computer the defendant had used to access the darkweb.

Hamza had told the court in an earlier trial that he had no control over the “mh.nn243” account on AlphaBay.

To prove that Hamza controlled the “mh.nn243” username, the prosecution told the court that the username coincided with the initials of Hamza and his wife. The court was also told that one of Hamza’s email addresses ([email protected]) proved that Hamza had created the account on Alphabay under the same username.

On October 13, 2020, Hamza failed to appear for his trial and the court was told that he had traveled to Pakistan. After deliberating for more than six hours the jury found the defendant guilty by a majority of 11 to one.

After receiving the jury’s decision, Mrs Justice McGowan told the court that she would only pass sentence after establishing whether Hamza wanted the grenades for terrorism or not.