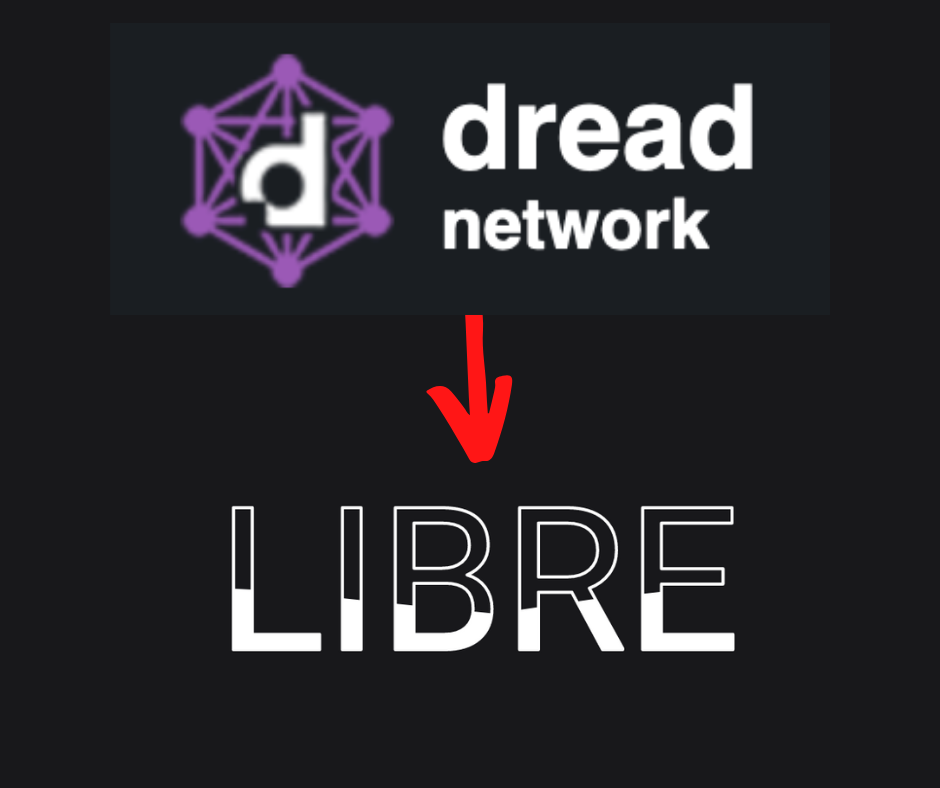 There hasn’t been much visible darknet drama in the last months, but that’s likely due to the fact that the Darknet town square, Dread Darknet Forum, has been offline for more than a month now. With darknet users running around like headless chickens, Incognito said they’re going to do something about it. Today we’ll provide a quick update over the Dread forum and introduce a new one.

You’re probably aware that Dread Forum has been experiencing its largest DDoS attack since its opening. They’ve chosen to shut shop for a while as they upgrade their servers. We wrote all about that here if you want to catch up.

The issue is that Dread hosts the DNM Bible, and Recon along with it’s Darknet forum. Each piece plays an essential role in the darknet market world. So why have they taken so long to get back up? The quick answer is that building infrastructure for such a large website takes time, especially when you want to make sure there’s no bugs and backdoor possibilities.

Dread head admin u/HugBunt3r addressed their silence on Reddit, explaining that “This has not been an easy task as we had to just pretty much start from scratch without much of the needed planning and jumped right into it at a moments notice.”

Hugbunt3r also admitted that “Achieving the rewrite of the main aspects of the platform and corresponding database structure has been MUCH needed for around 3 years now, our servers have been screaming in pain because of the inefficiencies my rushed code caused.”

This proves exactly why they’re not rushing too much to have the website released. If LE could gain backdoor access to the Dread Forum, there is tons of data they could collect, and it’d be catastrophic for many.

If try to open the Dread website, you’ll be met with this screen.

I, HugBunter am alive and free as of Sunday, January 1st, 2023 and in full control of the Dread Network and related services.

I have signed this canary for publishing specifically on our network status page during the current outage.

Emergency updates are available here or at reddit via /r/DreadAlert if our onion becomes unavailable.

They claimed the next Canary update would be on January 9th, which they’ve now missed (That being said, just a few hours ago HugBunt3r was active on Reddit, so they’re still alive!) The team has also consistently given themselves deadlines as to when Dread would return, none of which have been met.

This is a common trait for the Dread admin team. Paris says that the downtime is his fault, but over the last five years, the team have disappeared for weeks, sometimes months without a word. During their disappearance, downtime often coincides.

This time it’s different and so we have two situations here.

A Problem: There is a large community scratching to find a new darknet forum that they can rely on as they did with Dread

A Solution: Every problem has a valuable solution, and Incognito Market says they’re handling that. So let us introduce you to the newest Darknet Forum on the block: Libre Forum

Incognito Market is one of the largest Darknet markets out there. They’ve only joined the Darknet in 2021 but have since garnered a reputation for reliability. The Admin has always been active, the marketplace is clear of clutter, and they’ve managed to avoid almost all controversy.

With the need for a solution over Dreads downtime, the Libre Forum has been hard at work to release a new and innovative forum. Some theories even claim that Incognito is the market behind Dreads DDoS attack, though we doubt this is true.

With the launch of Libre Forum, we hope to provide an alternative for the community to discuss their ideas without fear of autocratic prosecution. – Incognito admin u/pharoah

The new forum takes a lot of inspiration from Dread, but still keeps the aesthetic of Incognito’s darknet marketplace. Signing up for an account is fairly simple, you provide your usual name, password and have to solve a Captcha. They use a new and not too invasive Captcha, though we found it to be slightly buggy.

Once creating your account, you’ll have full access to a fairly straight forward darknet forum. Because the site is still new, there’s only a handful of communities (subLibres?), and non belonging to any other darknet markets. It will be a while until darknet admins use a competitors darknet forum.

They also have live chatrooms, and a decent private messaging service where vendors and buyers can chat.

Overall its decent and pretty forum. The Forum has potential, but lacks the community size we saw with Dread.

Will Libre be the new Darknet home page? Probably not, people are comfort seekers and Dread is a trustable forum. They’ve proven themselves until now, and once they return almost all darknet users will return with it.

When will Dread return? It’s hard to say, but we’re confident it will be soon. u/Paris and u/HugBunt3r have given multiple deadlines that they’ve missed. But it’s very likely they’re working hard at bringing Dread back to life. You can only miss a deadline so many times, and we’re thinking it can take max another two weeks. But don’t worry we’ll keep you in the loop here at livedarknet.com